Following a twelve month stint at Arts Council of Great Britain acting as Senior Visual Arts Officer, covering for a colleague, Isabel Vasseur became Exhibition Director of Lux Europae. Lux Europae was an international arts festival and a celebration of light that marked the Summit for European leaders, which took place in Edinburgh in December 1992.

A live light show was commissioned and themed to herald the opening of the Summit and introduce the premise of bringing the twelve member nations together that formed the EC at that time. The budget of 800,000 GBP was raised by Art Project Management (Art Office’s initial incarnation) to be devoted to commissioning 35 light-based art works and installations by European artists located throughout central Edinburgh. There were several imaginative collaborations between artists and unexpected organisations, including the co-option of army search lights for the opening ceremony of the summit.

In 1999 Isabel Vasseur configured an art and architecture strategy for Kielder Water and Forest Park. As one of Britains more remotely located National Parks the Kielder Forest management were wanting to provide an environment for visitors that would bring the forest and nature reserve to the attention of a much broader public, and attract visitors year round. It has taken twenty-five years for Kielder Water & Forest Park to mature and become a fully formed park with guided walks and an events programme that includes access to a diverse collection of visual art and unique architectural installations.

Britain’s public sector cultural centres were expanded in number and more broadly distributed throughout the country, fueled by Millennium Commission grants and Arts Council Lottery funding during the later half of the nineties. Isabel was well placed to direct several of these projects, including the Laban Centre, London, an educational facility for dance where she became the Visual Arts Advisor from 1999 to 2000.

This included fundraising for and commissioning artist and Michael Craig-Martin to work in collaboration with the architects Herzog and de Meuron. Craig-Martin made it clear early on that this commission required very little managerial input from AO, as he was fully confident in being able to work collaboratively with the architectural team. Herzog and de Meuron had made their name on cutting edge developments that frequently included artistic interventions into the fabric of a building right at the early planning stage. This did prove to be an extremely successful partnership. The Laban Centre won many architectural plaudits. The resulting facility was expanded and renamed in 2005 the Trinity Laban Conservatoire of Music and Dance and has been a welcome addition to the south London skyline.

Visual Arts and Education advisor to the Laban Centre London successful Lottery Application for funding a commission by Michael Craig-Martin. Herzog and de Meuron were the architects for new building in Deptford, South London.

Report and proposal for an art and architectural programme for Kielder National Park, Northumberland recommending a programme to build one-off shelters.

Initiated the production of a retrospective of the Independent Group artist Nigel Henderson.

Collaboration between Mark Dion and landscape architects Gross Maxfor the 3Ksq Earth Centre sustainability site in South Yorkshire with an RSA grant. Design for Miners Memorial Garden has yet to be realised.

Management by APM associate Bergit Arends of the International Symposium Bunker Architecture in Cities and Landscapes : History | Aesthetics | Design | Use. A co-operation between Carl-von-Ossietzky Universit├ñt Oldenburg, Johannes and Lasco Library, Emden and City of Emden, Germany.

Inception by APM of a visual arts programme at the National Institute for Medical Research (NIMR), London, organising exhibitions and a talks programme as well as setting up art & science collaborations. The programme was subsequently curated by Bergit Arends.

Art & landscape scheme for the 1,300 acre Norbury Park, Surrey, culminating in a number of projects and the publication of Arcadia Revisited: The Place of Landscape (published by Black Dog) edited by Isabel Vasseur and Architect Vicky Berger with contributions from Artists Tania Kovats and Richard Wentworth. In partnership with the Royal Geographic Society. A national conference came out of it discussing the arts and environment, shaping the 21st Century Landscape.

Millennium Commission and Arts Council Lottery bids for the public sector including the 3.58 million award for Public Art schemes for the Tyne and Wear Development Corporation using, amongst others, Juan Munoz and Mark di Silvero.

A study for Genesis Consett

A new centre for the visual arts, dance and sports on the 900 acre site of the old steel works in Co. Durham

Proposal and feasibility study for Northumberland County Council for a countrywide programme of visual arts projects and exhibition to take place during the Year of Visual Arts (1996) in Northern England resulting in the appointment of two new curators.

A light show with installations throughout the city of Edinburgh to celebrate the European Summit held here in October 1992. In ten months, APM raised 800,000 GBP from the twelve EC countries and the UK, and commissioned and installed thirty projects by artists from throughout the EC.

Researched and developed a number of projects, including a proposal to the Sheffield Development Corporation for a Public Art Policy for The Lower Don Valley.

Developed a Crafts Policy for Public Arts identifying opportunities where crafts can be successfully integrated with architecture. 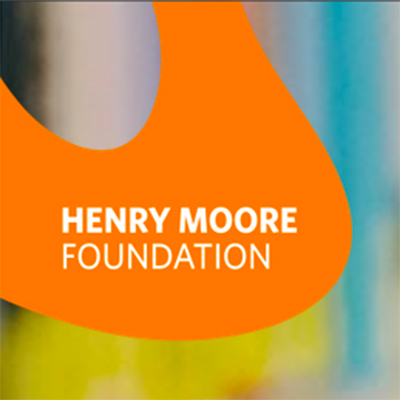